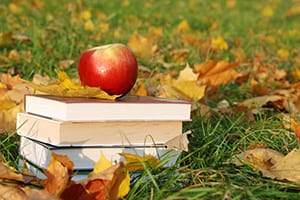 A contract is a promise or set of promises that are legally enforceable and, if violated, allow the injured party access to legal remedies.

The requisite elements of a contract that must be established to demonstrate the formation of a legally binding contract are (1) an offer; (2) an acceptance; (3) consideration; (4) mutuality of obligation; (5) competency and capacity; and, (6) in certain circumstances the requirement for a written document.

Breach of contract is a term that describes the violation of a contract or an agreement that occurs when one party fails to fulfill its promises according to the provisions of the agreement.

Defences to Breach of Contract

As in all civil proceedings, a defendant has a right to offer a reason why the alleged breach is not really a breach of contract or why the breach should be excused.

Other forms of Defence to a dispute that may sometimes be found are:

Fraud: This means​ “knowing misrepresentation of the truth or concealment of a material fact to induce another to act to his or her detriment.” The defendant must establish that the fraud was deliberate.

Duress: This occurs when one person compels another to sign a contract through physical force or other threats.

Undue influence: This means that one party had a power advantage over the other and that he used that advantage to force the other to sign the contract.

Limitation: Many types of cases have time limits stipulated by law, deadlines by which a case must be brought and filed. A breach of contract claim can fail if limitation has expired.

Remedies for Breach of Contract

The most common remedy when one party is found to be in breach of a contract is monetary payment to place the party back in the position as if the contract had been properly performed.

Other remedies include specific performance (the requirement to complete a contact) and rescission (the cancellation of a contract and the return of the parties to the positions they would have had if the contract had not been made).

The issues that normally must be concentrated on are:

In order to improve our service, we also want to know where our clients feel that we could improve or if we have gone wrong. Our Complaints procedure can be found here.

This website uses cookies to improve your experience while you navigate through the website. Out of these, the cookies that are categorized as necessary are stored on your browser as they are essential for the working of basic functionalities of the website. We also use third-party cookies that help us analyze and understand how you use this website. These cookies will be stored in your browser only with your consent. You also have the option to opt-out of these cookies. But opting out of some of these cookies may affect your browsing experience.
Necessary Always Enabled

Any cookies that may not be particularly necessary for the website to function and is used specifically to collect user personal data via analytics, ads, other embedded contents are termed as non-necessary cookies. It is mandatory to procure user consent prior to running these cookies on your website.